The structure of the Guild 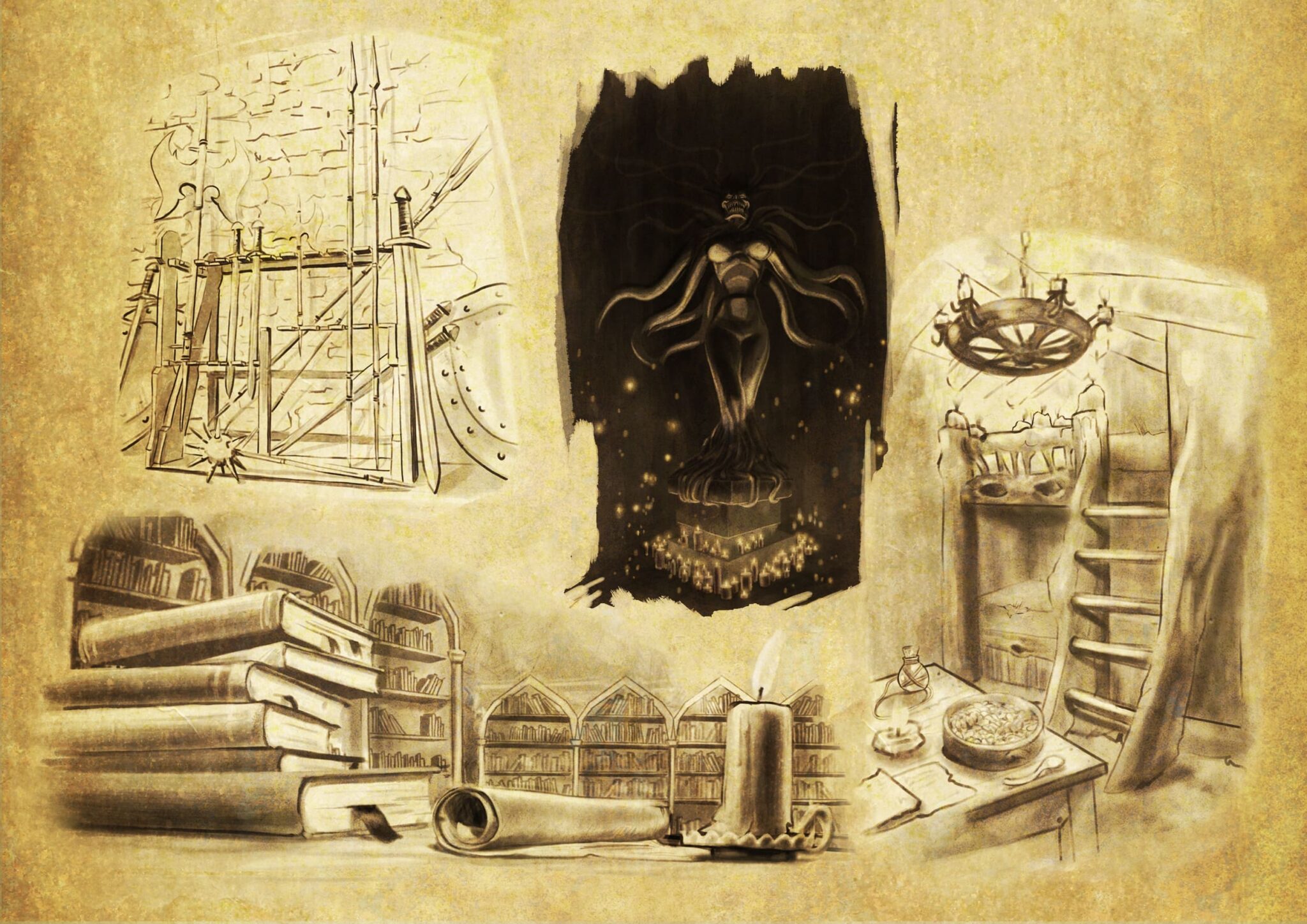 No matter if they are located in a dark forest in the Hunting Reserve or in a dirty and smelling alley of the Slums, Guilds Headquarters in DemLoc have the same structure.

The internal structure of a Guild has a variety of rooms the mercenaries can use. Here is a brief description of them.

The dormitory is the room where the mercenaries sleep; every time a new member joins the Guild, he will be available to serve the Guild Master and sleep there.

The Guild Masters are continuously looking for new and strong combatants to enlist; however, they also have to keep their riches under control. Every new mercenary joining the army will have a place in the dormitory and when there will not be any more space available, the Guild Masters will have the possibility to expel the useless mercenaries from the Guild, or to enlarge the dormitory to house the new mercenaries joining the Guild.

In the armory all Guild-owned weapons are stored and it is the room where the mercenaries will equip themselves before going out in the dangerous streets of DemLoc areas.

The more the Guild Masters would spend in purchasing racks and shelves, the more weapons would be owned by the Guild. Those weapons would be given to a continuously increasing number of mercenaries or could give them the possibility to choose from a wide variety of weapons to use according to the mission, taking advantage of each weapons’ characteristics or changing from time to time the Guild’s fighting strategy.

The Ancient Library stores all ancient code books owned by the Guild.

In this room full of books, the sorcerers of the Guild spend long hours during the day in studying or sharing with the other members some ancient and forbidden experiments they are carrying on.

In the Ancient Library there is also the room where the sorcerers pray their mysterious instructors: the Daemonic Pantheon.

In this secret room, lit with the faint glow of hundreds of candles and constantly enveloped in the dense fog of the censers, are kept the deformed and aberrant sculptures to which the sorcerers pray to receive teachings or learn about arcane power.

The Guild Masters count on the ancient abilities of their mercenaries and usually spend many feods to obtain new daemonic images to be placed in the Daemonic Pantheon and offer their sorcerers new demons to worship and learn powers from.

The most important part of every headquarter is the office of the Guild Master. Here is where the unquestioned head of the Guild plans his next steps and studies the strategy to extend his control over the city of DemLoc.