More about the Guild 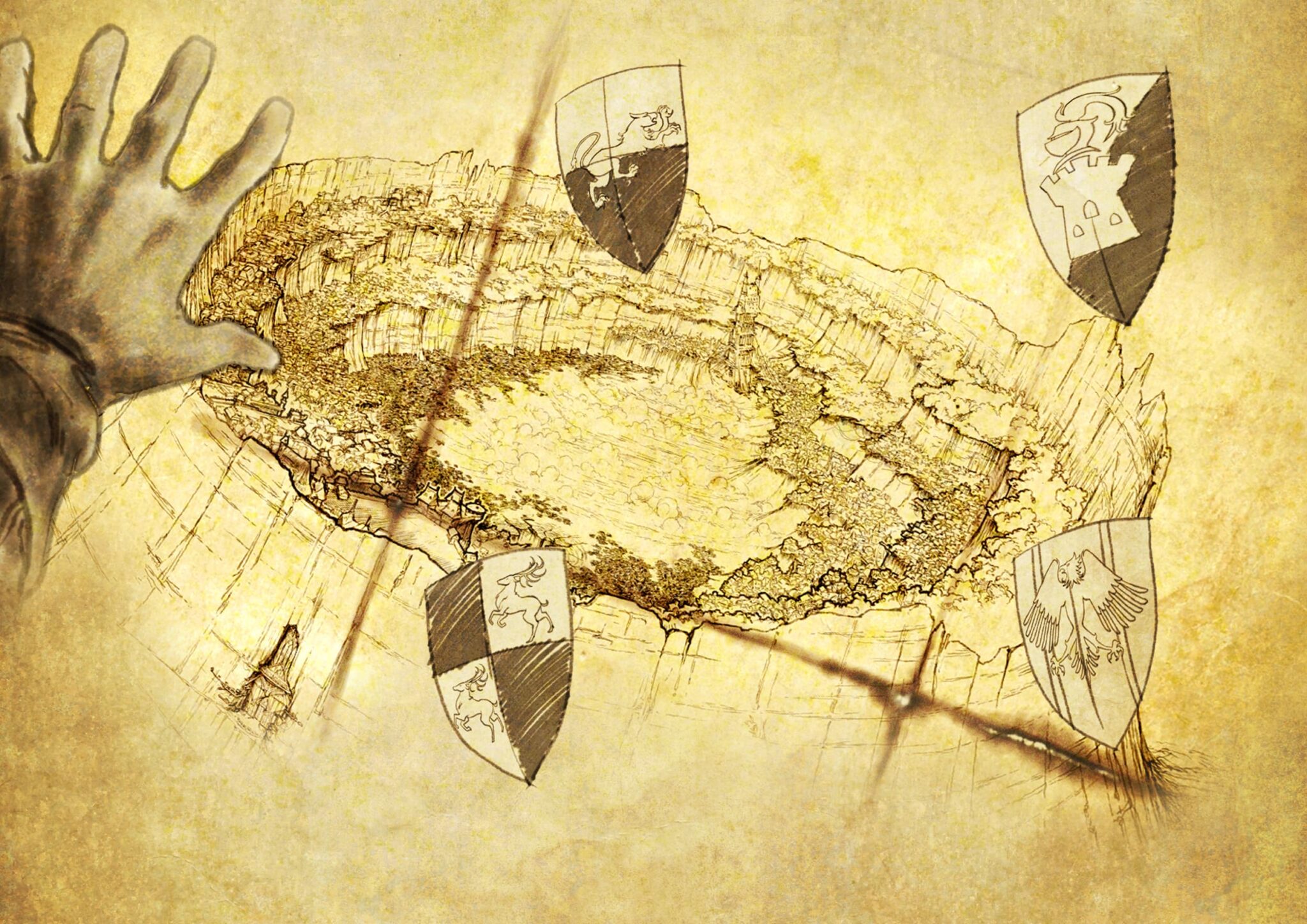 After its fall, the city of Loch lived many years of abandon and decay. While the world all around it was torn apart by the war and was falling in the abyss of violence, in the different areas of the city there was an unreal calm atmosphere.

A few people survived after the night of madness and devastation that had caused the death of almost the entire population of the city. The survivors rarely left their homes and all were doubtful and fearful of the strangers.

The ancient noble families of Loch organized and called to them all the men they had at their disposal in an attempt to raise the city from its ashes. But something was finally broken. The situation was bad, people constantly talked about strange monstrous apparitions and people disappeared without leaving any trace.
The noble families, who proclaimed themselves Ancestors of the city, did not give up and continued in their effort of reconstruction, sharing control of the different areas of what had once been Loch; now Loch was known with a more creepy and mysterious name: Dämonenloch or Hole of the Daemon.

Taking advantage of the isolated position of the city, many desperate and persecuted people began to arrive from every village of the Empire hoping to find protection in the mountain. The Ancestors welcomed all these groups of desperate people, subjecting them to their will and to a situation of semi-slavery. They were confused years, ancient cults took over and there were many internal conflicts between the various noble families of the city.

With the end of the Great Heresy, the corrupted name of Dämonenloch began to attract adventurers and combatants in search of riches and glory. The city seemed to attract every kind of traveler dedicated to occultism and the study of the forbidden arts.

The precarious and corrupt structure of Dämonenloch turned out to be a fertile ground for these first men and women who, by joining together, founded the first Guilds and proclaimed themselves Guild Masters.
A Guild is an organized group of people ready to do everything, the so-called mercenaries, each of whom is interested in achieving personal goals but enslaved and led by the Guild Masters.

The Guilds are not subjected to the Ancestors of the city, but for a matter of opportunism, they do the dirty work for the different families who from time to time are able to pay them, provide them ancient artifacts and offer impunities for the actions of the mercenaries.

In this chaotic, corrupted and precarious system, always on the edge of the abyss, the Guilds fight with each other to gain notoriety and above all to enrich themselves and extend their influence on the different areas of Dämonenloch.

Potentially every inhabitant of DemLoc can aim at becoming Guild Master, with ambition, determination and a good amount of madness. After having proclaimed himself Guild Masters and registering his ensign at the city archives, it is important to identify a building suitable to become the Headquarter, to enlist the first mercenaries and give them the equipment needed to take part in the first missions. Only time could judge the audacity and determination of a Guild Master. Only the bravest people will be able to aim at owning the most feared and respected Guild in this damned city.