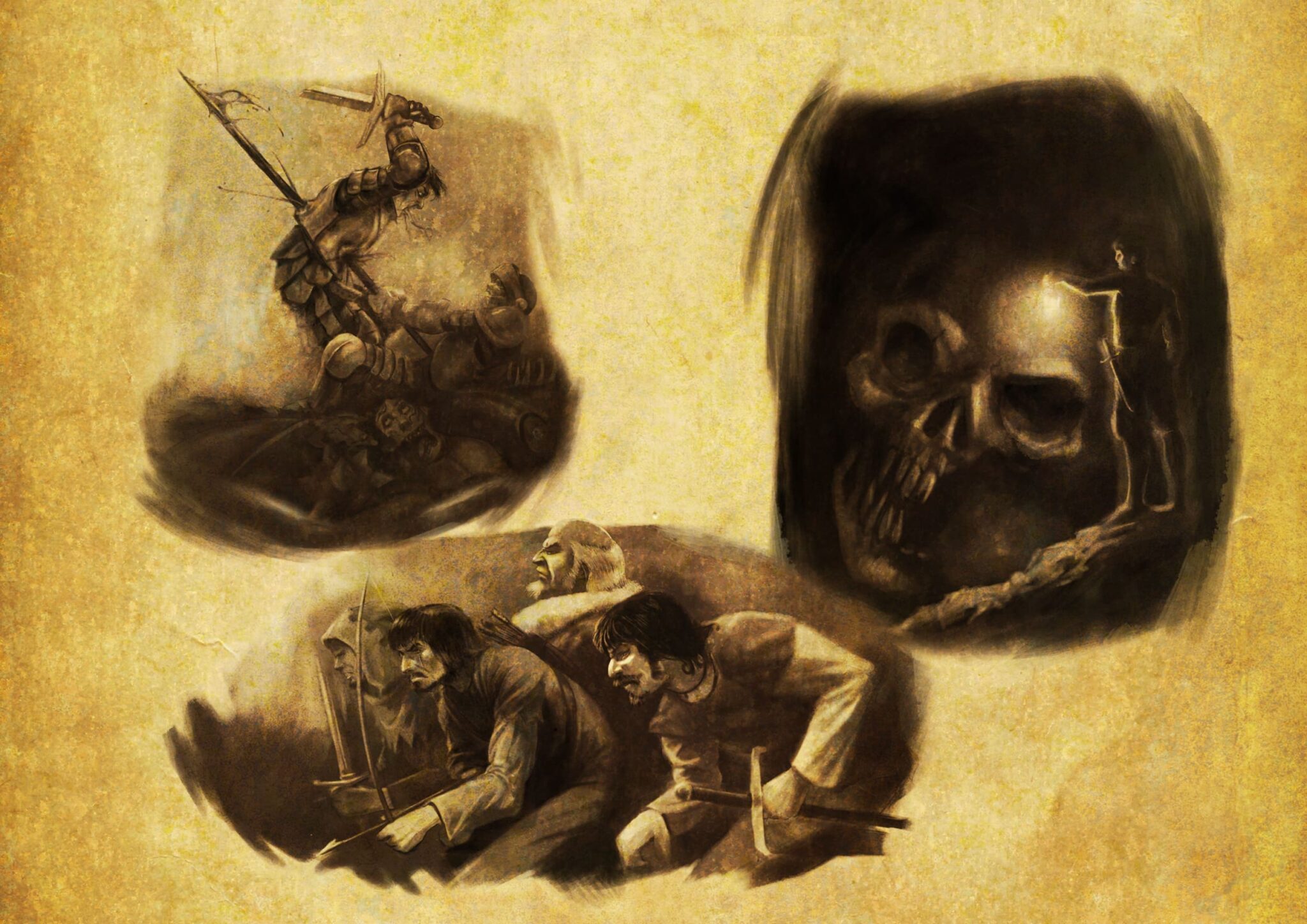 In an intricate and chaotic city like DemLoc it is difficult to understand immediately what are the real interests of the Guild Masters: certainly at the base of what they do there is the intention to enrich themselves and acquire notoriety. But not only.

The Guild Masters put their mercenaries at the disposal of those who can afford them. Paying the right amount of feuds to the Guilds, it is possible to have a fierce group of terrible combatants at a person’s own service, ready to satisfy every client’s need.

Whether for the will of a Guild Master or to fulfill the demands of a wealthy client, the activities the mercenaries carry out outside the walls of the Guild are called Missions.

The missions can have different objectives based on the client commissioning them; some require brute force and bravery, for example for the Slaughter missions, where the purpose of the hired mercenaries is to kill members of a rival Guild.

There are also missions in which a mercenary has to explore a specific area of the city to recover ancient artifacts or precious objects. Obviously, in a city like DemLoc, rumors circulate very quickly and it often happens that several Guilds are enlisted at the same time to retrieve the same object causing a fight between mercenaries of opposite factions who find themselves in the same place with the same objective.

The mercenaries are also enlisted to patrol some areas of the city, particularly important for the Guild Master or for the external client. These missions, mostly considered boring by the mercenaries themselves, turn out to be dangerous due to surprise attacks and ambushes by rival Guilds, enlisted to conquer that same place.

In a city where politics is sick and corrupted, it sometimes happens that important decisions that affect the whole community involve also non-institutional places; the situation often degenerates into unnecessary bloodshed between the rival factions. For this reason when the City Ancestors feel particularly in danger, they prefer to entrust their lives to expert mercenaries of a Guild rather than to the protection of the fickle City Guard. At the same time mercenaries perfectly act as hit men. This situation leads to inevitable and violent fights between Guilds.

The Arena, a dilapidated and dark building overlooking the Whispering Fields, is the location where the most ambitious Guild Masters order their mercenaries to fight against other Guilds. The terrible fights in the Arena give the possibility to settle old disagreements and quickly acquire notoriety and large amounts of mörks. But the price to pay is very high and many Guilds have been completely destroyed in the fights.

During the fights in the Arena, thousands of torches and lanterns are lit to light it up. The streets leading to the Whispering Fields are filled with processions of noble and ancient families who look for these opportunities to get out of their sumptuous and decaying palaces to watch the bloody fights and, of course, bet huge amount of riches on the winning faction.

Since the missions are the fastest way to achieve fame and wealth, the Guild Masters do not hesitate to risk the lives of their men in order to achieve their goals or have a bit of fame and some mörks for their Guild.