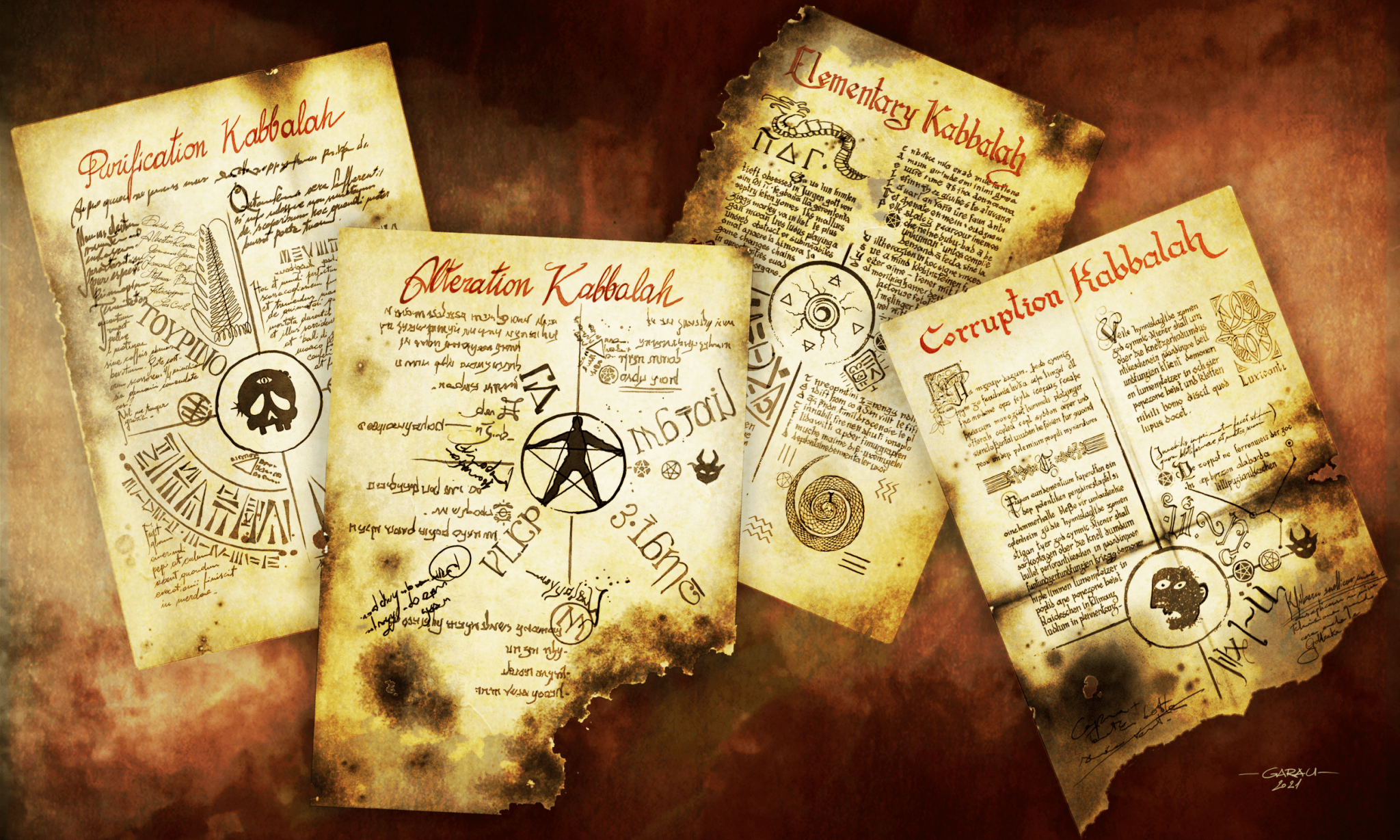 The daemons, long studied and worshiped by the sorcerers, over the centuries have been classified and divided by class of power and by the amount of arcane knowledge they can give to the chosen ones.

According to this first classification, a real daemonic hierarchy has been drawn up. Lower categories of daemons are the Barons which do not have a proper name and can be worshiped even by the most inexperienced sorcerer.

On the other hand, understanding the arcane knowledge of the hierarchically superior daemons requires years of study and a strong discipline in order not to fall into the deepest oblivion during the appearance of the entity.

Daemons have also been classified for their salient characteristics and for the peculiar effects of the arcane power accessing by those who worship them.

This second subdivision led to the emergence and development of the kabbalahs as they are currently known in the city of DemLoc.

A kabbalah has all the daemons, regardless of their hierarchical level, united by the type of knowledge they are able to teach to their disciples, by the effects of their arcane teachings and by the main physical characteristics their embodied evocations assume.

For each kabbalah there are related Arcane Codes that contain in their worn pages, all the knowledge deriving from a specific class of daemons. Sorcerers do not necessarily devote themselves to the exclusive study of one kabbalah rather than another, but certainly this classification allows scholars of the arcane arts to better understand the dark search for cursed power.

Adepts of the Elementary Kabbalah worship daemons who instruct them to destroy their enemies by combining different natural elements. Lightning, winds, whirlwinds of snow, tongues of fire and earthquakes will be unleashed through their litanies. Daemons belonging to this kabbalah, when evoked, assume ethereal states such as morning fog, flashy lightning bolts, tongues of fire or even more defined forms made of icy crystals such as frost. All the powers of the Arcane Codes of this kabbalah are used to inflict damage on both individual targets and groups of people by exploiting and blending together the effects of the different natural elements.

The servants of the Purification Kabbalah follow the doctrine that only through suffering true knowledge can be obtained. The essence of the dark Prince of daemons of this kabbalah lies in the infected wounds of the dying. The companions of this kabbalah worship aberrant daemons who cause repugnance and disgust, they suffer from all kinds of plagues and diseases and roam the earth trying to infect men. The Purification sorcerers themselves are sick and have with infected and purulent sores. There is no protection from their terrible arcane powers, able to destroy person’s organs with a single glance and to transform any enemy who listens to their litany to a mass of rotting flesh.

In the dark meanders of the Arcane Tower, the worshipers of the Corruption Kabbalah meet to venerate the lords of whispers and deception. Stories tell that it was the terrible daemons belonging to this kabbalah that caused Loch Downfall putting the citizens of Demloc the seed of madness and corruption that led to the catastrophic events of that terrible night.

The sorcerers who worship these demons have the power to put doubts and lies in the hearts of their enemies. It is not unusual to see mercenaries slaughtering their Guild companions under the influence of the Corruption’s sorcerers.

Those who follow the teachings of the daemons belonging to the Alteration Kabbalah are able to alter their own body and that of their allies, making them powerful and superhuman like the daemons that populate the darkest abyss. Furthermore, a thorough study of the Arcane Codes of this kabbalah will allow the sorcerers to use powers using all the forces of their enemies. The Daemons that belong to this category love the excesses: in their incarnations they are made up of powerful bodies, masses of extreme muscles, even if some prefer to show themselves as weak skeletal shapes, fragile as the crystal, bringing with them all the metamorphic power that characterizes them.