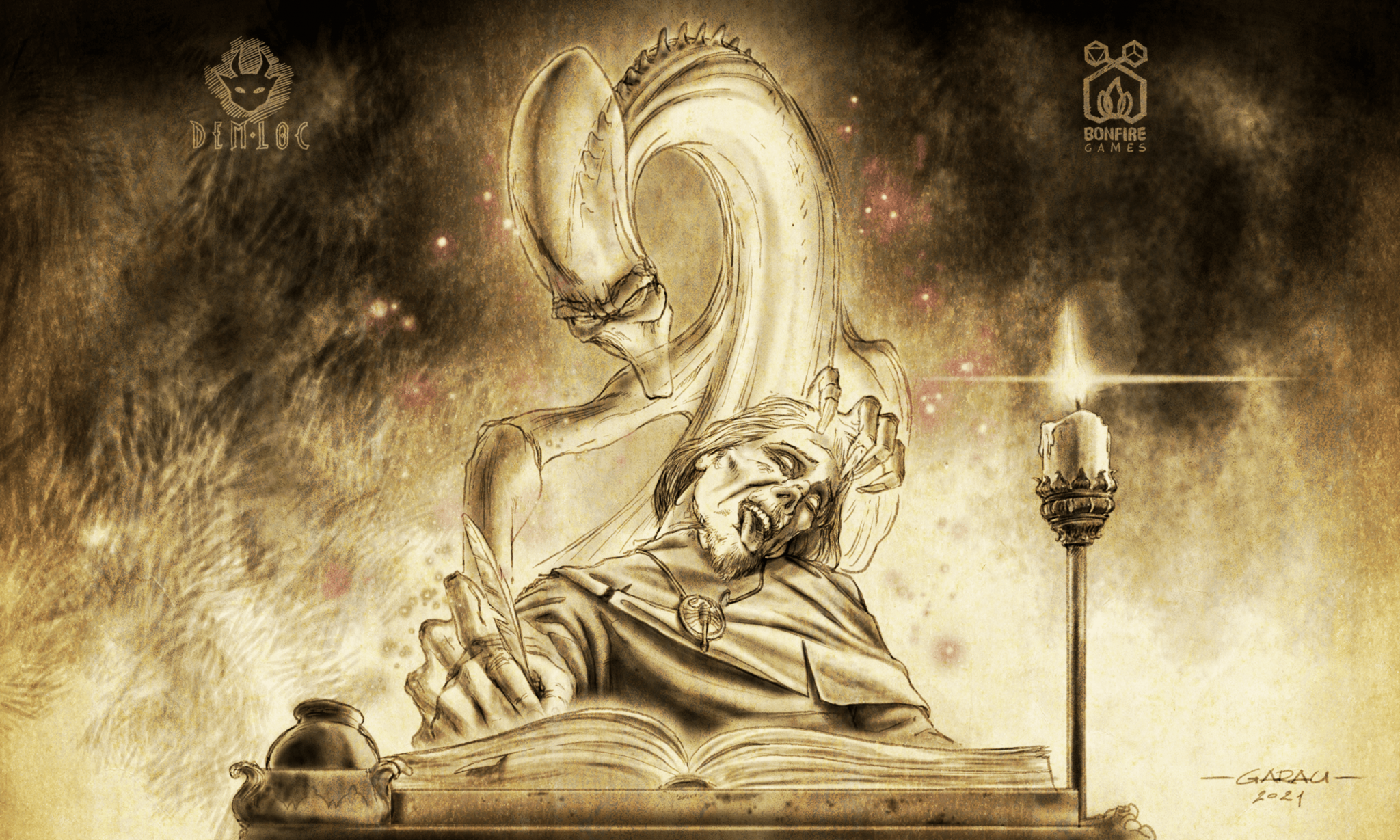 The dark daemons are used to talk to the human beings they consider being most deserving by transmitting them part of their unlimited knowledge.

Obviously the daemons leave nothing to chance and do nothing without being sure of having what they want in return: obtaining information and teachings the price to pay is very high. Anyone interested in the arcane arts knows, or will learn even in a cruel way, that the body, mind and soul of which they are made will be slowly, inexorably devoured by the daemon in exchange for every notion that is given to them.

The transcription of these notions, defined arcane codes and, the consequent grouping into tomes that can be consulted by novices over the centuries, have initially made the practice more approachable, allowing to continue in arcane studies avoiding the consumption of practitioners even before having learned how to deal with daemons.
These ancient manuals contain most of the knowledge transmitted by daemons to the human beings.

The demons are not averse to this practices, on the contrary they are flattered by it and sometimes they facilitate it by writing the codes themselves by the hand of the sorcerers. For them those codes are nothing but a small thing and can be useful to subjugate new followers they could use later. Whoever writes under the dictation of a Daemon allows him to take control of his body without opposing and writes pages and pages of codes, symbols and sentences without an apparent logical sense or in an incomprehensible spelling. This exhausting activity could take up days and even months. The writing activities of scribe sorcerers are still celebrated; they sacrificed their lives by leaving their bodies in the hands of the instructor daemon until they died and even after that the daemon continued to write using the decaying corpse to complete his work.

In order to master the arcane powers, however, it is not enough to simply possess an Arcane Code; one must also be able to read it since the code was written with the support of a daemon, and only a demon is able to reveal its obscure content.

These dark beings reveal themselves in all their nefarious cunning: their support is essential to write these voluminous manuals and without their support it is impossible to identify the essential steps to understand their teachings.

The arcane codes, classified according to the teachings they can transmit, are very rare artifacts in the city of DemLoc and are jealously guarded in the Arcane Library of each Guild.

All mercenaries able to understand and use them want them and usually carry at least one copy of these texts on their missions to learn from them and use all the devastating power of demons’ and gods’ arcane precepts on the battlefield.

Furthermore, having created a unique bond between the daemon and the Code itself, an in-depth study will allow mercenaries to find the necessary information in it requiring to manifest itself in its embodied form.