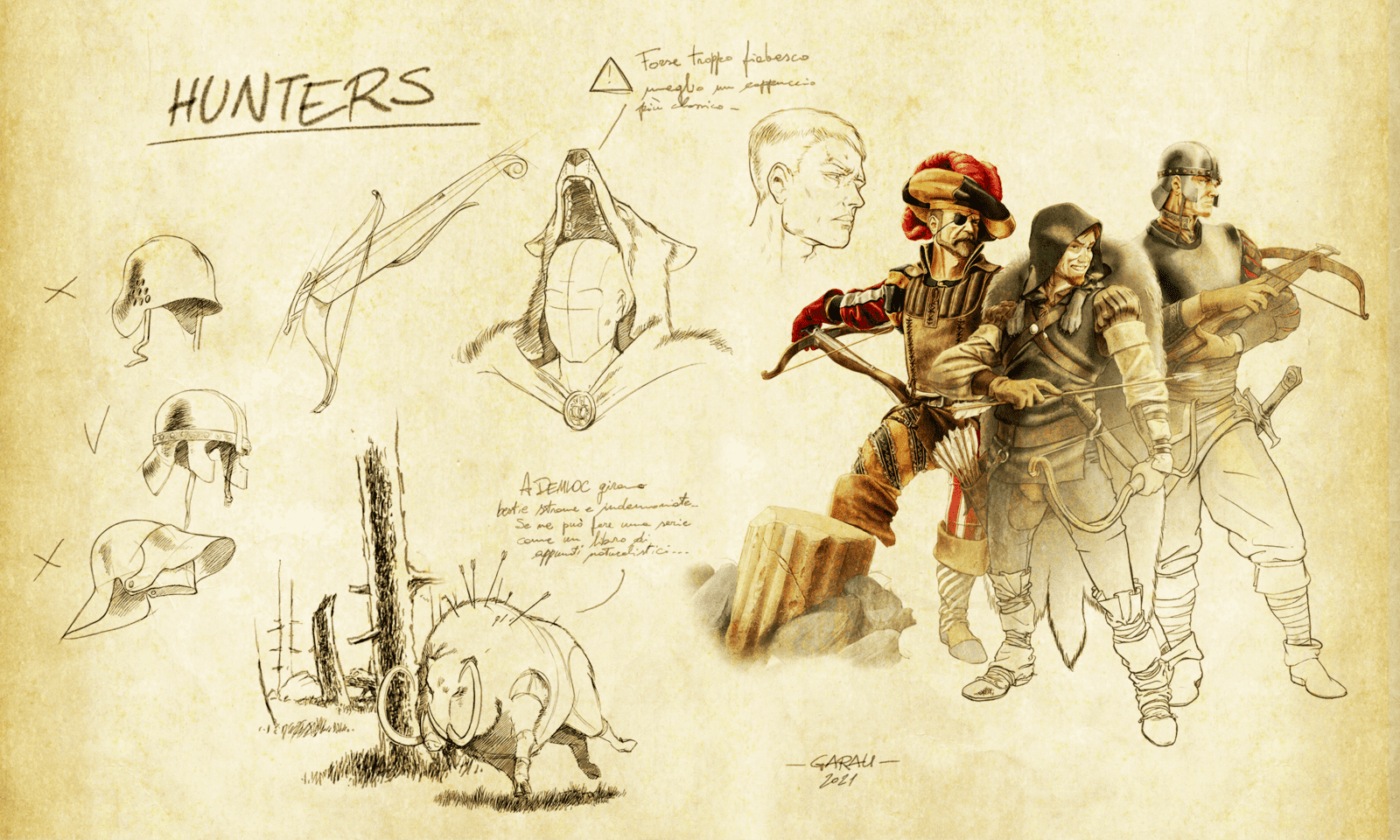 Those mercenaries who settled in DemLoc’s area Hunting Reserve are generally called hunters.

They are groups of good combatants made up of former army shooters serving as archers, crossbowmen or arquebusiers but also poachers from the most remote lands of the Empire.

They adapted to the life in the Hunting Reserve and abandoned the large armies in which they were employed to pour waves of arrows or bullets on the enemy infantry, in favor of more specific tactics of guerrilla and ambush
To survive the terrifying creatures living in the dark and intricate forests of the Hunting Reserve, they learned to move fast, to follow traces and to be extremely precise.

The years spent in the impervious forests of the Hunting Reserve have trained these mercenaries to avoid direct fights with their targets preferring ranged fights and sudden attacks aimed at taking their targets by surprise.
With a few differences, hunters have also exported these lethal techniques to the other areas of DemLoc, even forming small academies in which they trained people specialized in ambush and elimination techniques.

The narrow alleys of the cities are perfect strategic locations where they could unexpectedly attack their enemies with bullets and arrows leaving them no way out.

Guild Masters continuously try to enlist Hunters in their Guilds in order to have mercenaries able to destroy enemies well before reaching the hand-to-hand fight.

Weak in brawls but terribly dangerous in the medium distance, these mercenaries can easily kill their most vulnerable enemies and wear the strongest and most armoured combatants out before they could reach the fighting lines.