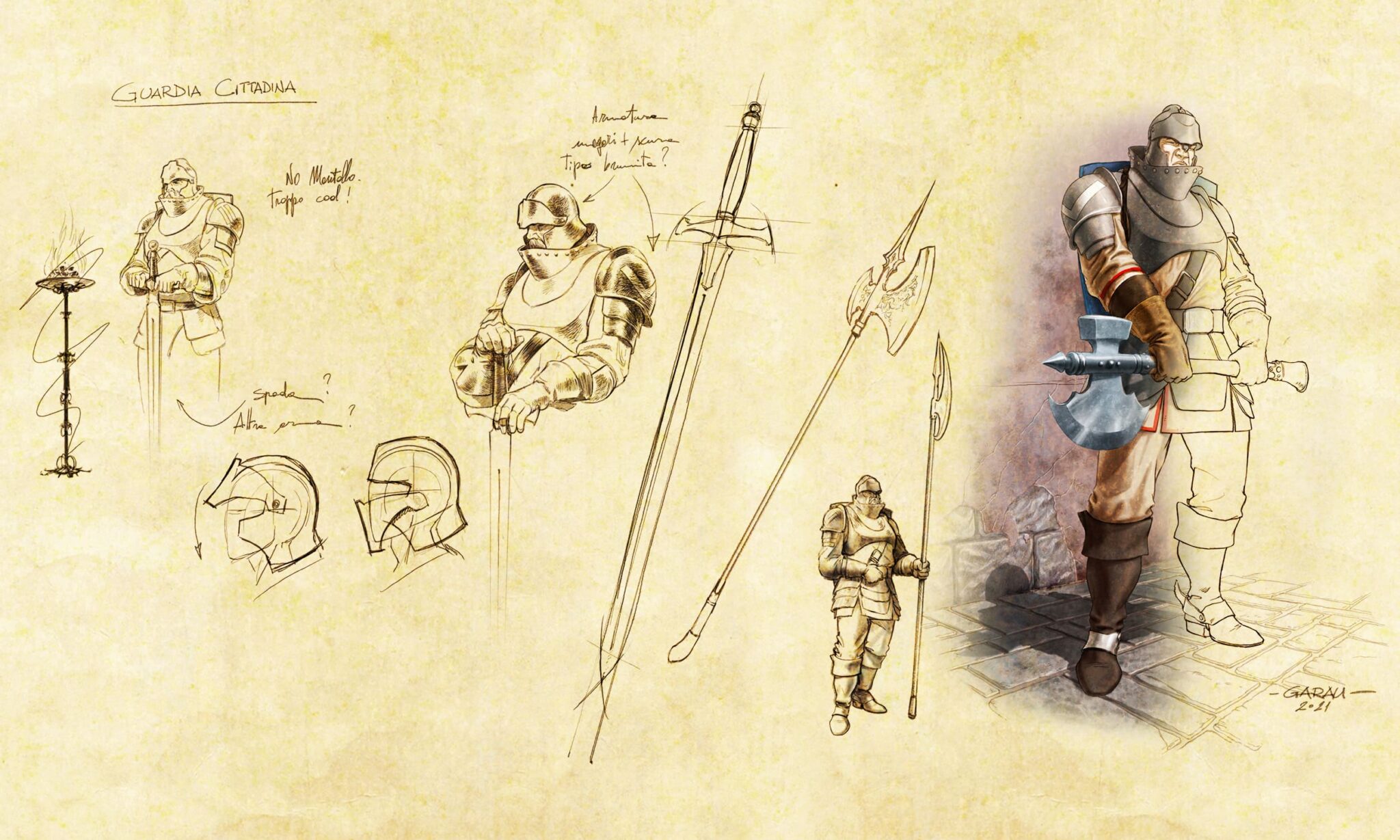 The City Guard is the army of DemLoc which has to patrol the streets, keep order, control the city entrances and regulate accesses to the main hoists, needed to move from one city layer to another.

Members of the City Guard comes from orphanages and poor families living in the outskirts of DemLoc. Novices have to pass an exhausting training, involving every possible type of abuses by the older comrades.

Anyone who survives the training will join the Guard, living his entire life obeying the Guardians of DemLoc, members of the ancient and noble families of the city.

In a city where most of the citizens are armed and are trained for war, where everyday murders and violence spread around it, the City Guard is able to maintain a kind of order for two main reasons: the soldiers of the City Guard are extremely brute and they know no one would punish them for their actions.

In the past some of the Guilds openly challenged the City Guards, killing some of the members who wanted to ransack part of their headquarters. In return, the City Guard brutally massacred all the members of those Guilds. The battered corpses of the Guild Masters were nailed on the Doors of the Destiny and left there for some weeks as a warning. That is why the Guild Masters know they have to accept the orders of this notorious army.

While indulging on all Guardians’ requests and trying to maintain the order in the chaotic streets of DemLoc, the City Guards are absolutely not impartial.

The City Guards are opportunists and corrupted, ready to act in the most mean and cruel way in order to get a few more feods to add to their poor pay.

They decide if DemLoc’s poorest and not noble citizens can live or die.

Each Guild Master must have at least some hired City Guards able to act in the most undisturbed way possible, dealing with illegal activities. They can also count on well-trained combatants to add to his mercenaries groups during the most dangerous missions.