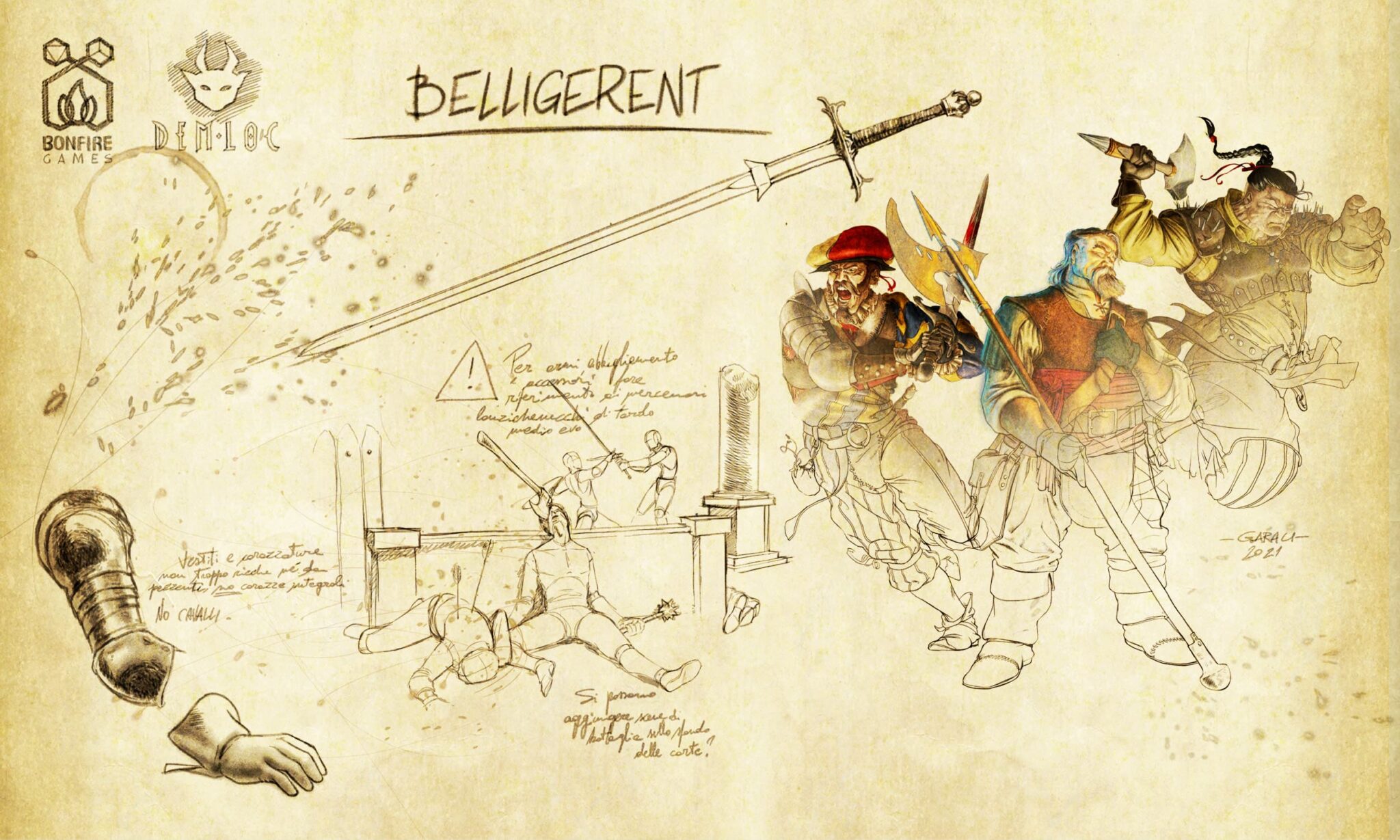 The Belligerents are a large and varied group of mercenaries who settled mainly in the Fort area.

The name of this category of combatants comes from their known war skills and abilities. In fact, these men and women of DemLoc have a great bloodlust. The Belligerents are ruthless raiders, skilled in all forms of direct contact fight. In DemLoc, individualism prevails; however, not long ago the Belligerents were used to fight together forming large groups.

In fact, in the bloody fights of the Great Heresy, the nobles of the Empire enlisted these groups to strengthen their armies to ensure supremacy in battle.

The organized groups of these mighty warriors started their fights singing hymns of war, mercilessly slaughtering any enemy standing in front of them. The vision of these furious groups, in colorful clothes and thick armor, spread terror among the infantry of the opposing groups forced to watch helplessly their companions being skewered, gutted and overwhelmed by the fury of the mercenaries thinking only about the end.

With the time passing by and the end of the wars, first mercenaries were essential figures to enroll in battle, then they became a problem to manage in reconstruction. In fact, in times of peace these men continued to do what they knew to do best: killing, raping and plundering. The nobles allied to decimate the small groups of mercenaries who had dissolved their companies at the end of the war. After several fights, they succeeded in their intent: the mercenaries began to wander like lonely warriors all around the Empire.

DemLoc carelessly welcomed these individuals, aimed at fighting against each other to stand out among the best warriors around, enthusiastic to be able to enrich themselves by doing what was most suitable to their skills serving the various guilds of the city.

The fire, the blood, the steel. The heart of the Belligerents knows no fear and pity for any enemy. The Belligerents are used to fight in mud and dust, in woods and narrow alleys of the cities, in good and bad weather.

These mercenaries tend to be more difficult to take down than compared to other fighters who live in DemLoc and can also face multiple enemies simultaneously without too much trouble.