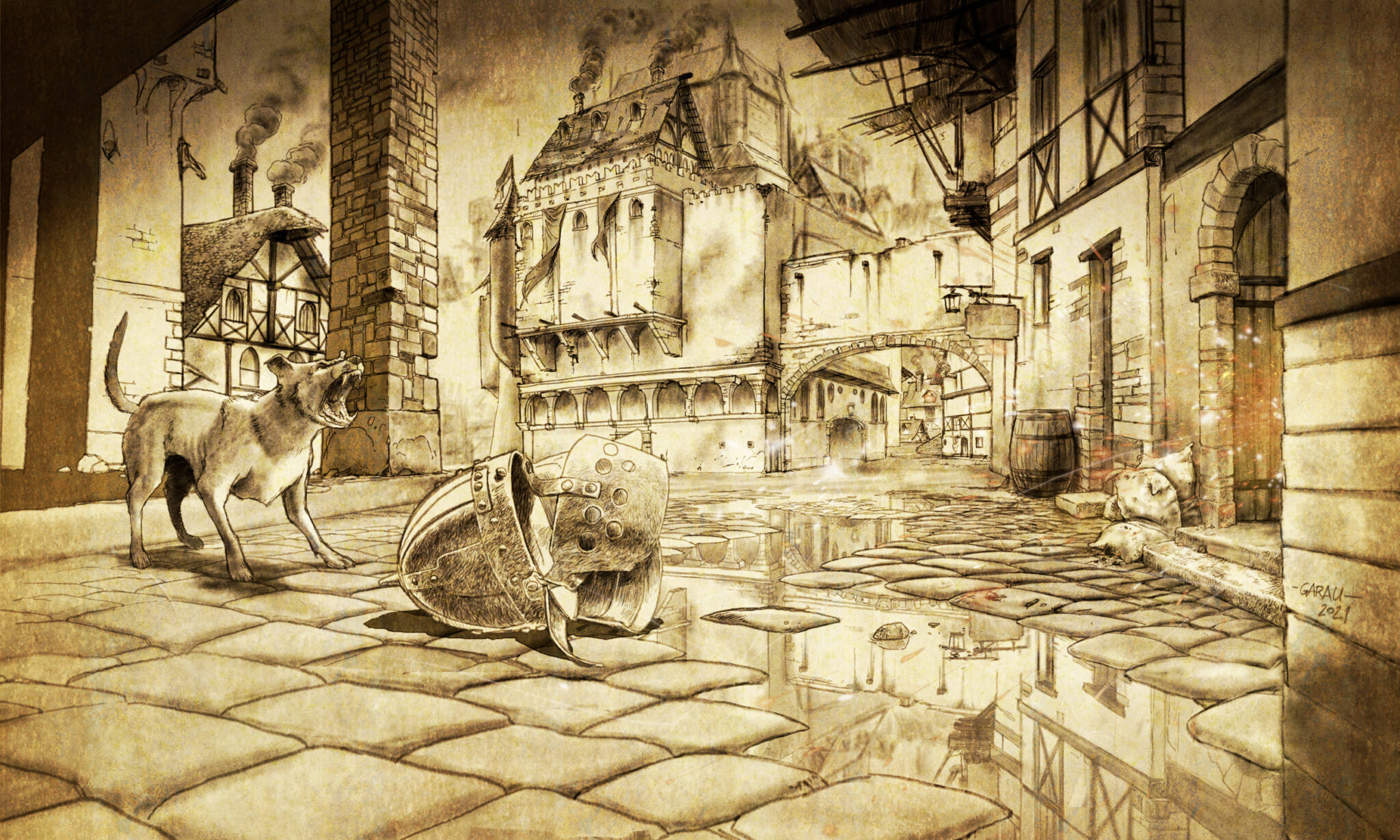 Just below the Hunting Reserve, on the opposite side of the large crater, the solid structures of the Fort area are located.

The area owes its name to the ancient fortress that dominated the entire city, whose remains are a vague reminder of the ancient glories described in the chronicles of the past.

In the years preceding the Fall, the lords of Loch used to stay on the ramparts of the fortress from which they could admire the whole city that, majestically, extended below them: the multicolored market stalls with their indistinct shouting, the chimneys of the unstoppable forges of restlessly working blacksmiths with their characteristic and dense coal smoke, down to the shining pinnacles that adorned the huge astronomy tower on the other side of the city. Today that same view is quite different: the city is now only the shadow of that luxuriant town, everything is pervaded by a state of filthy neglect and abandonment, at nightfall it would appear only as an immense dark basin, with sparse and dim lights.

That large and imperious Fort, where the proudest men-at-arms of the lords of Loch stayed, quickly became the symbol of the decadence. On the night of the Fall it was set on fire, and it is said to have burned for days before extinguishing completely, leaving standing a gloomy and black huge ruin where, from time to time, it is still possible to hear screams of suffering coming from a well connected with the orifice of the mountain and at night it is possible to see reddish lights through the empty windows.

All this is enough for the superstitious people living in the Fort area to keep at a safe distance, at the cost of lengthening their way in order to escape from the sight of that crumbling haunted ember.

Today the blacksmiths’ forges are back to work to make weapons and armors, and many guilds have settled in the many ancient barracks of the area, due to its typical military characteristics. There, the best hand-to-hand mercenaries feel to rediscover the comradely spirit of the times of the great battles. Almost everyone dislikes modern firearms, considering them a mere tool for cowards and wimps.

As in all areas of the city, even in the Fort area it is extremely dangerous to go around alone and unarmed, day or night.